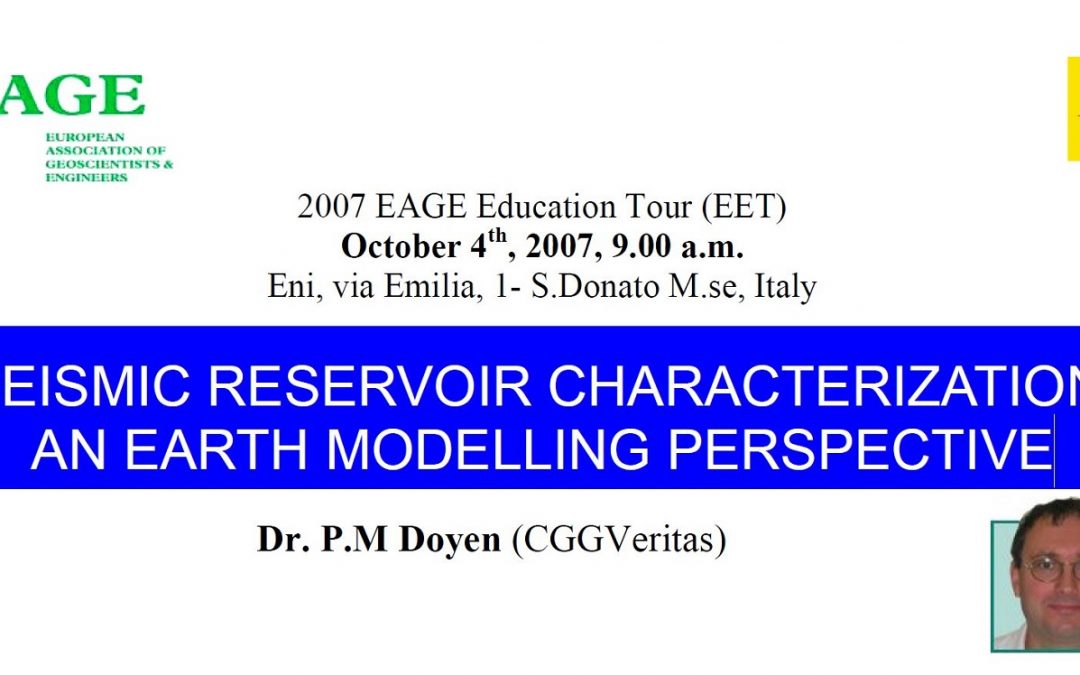 Three-dimensional numerical earth models play an increasingly important role in the E&P industry to improve reservoir management and optimise hydrocarbon recovery. A key challenge for reservoir geophysicists is the quantitative integration of 3-D and 4-D seismic data in static and dynamic earth modelling workflows. Using a combination of theory and illustrations based on a broad range of case studies, the one-day course will review current best practices and future challenges for constraining earth models with seismic information. Emphasis will be placed on seismic data integration in the context of seismic-to-simulator workflows. Topics covered include the construction of stratigraphic grids from interpreted seismic horizons and faults, deterministic and stochastic elastic inversion, cascaded petrophysical inversion, use of seismic geostatistics and rock physics to predict reservoir properties such as lithology and pore fluids, uncertainty propagation techniques, building of   geomechanical earth models for seismic Pp prediction, and 4-D earth models generation for seismic monitoring applications. The one-day course will be divided into 6 modules of one-hour duration each, which will provide an overview of basic concepts and their application to real case study examples from different parts of the world, including both clastic and carbonate reservoirs.

The course is aimed at geoscientists and engineers who are involved in the construction of earth models and want to learn about practical techniques for seismic data integration, combined use of seismic rock physics and geostatistics, uncertainty modelling and quantitative 4-D interpretation. The course comes at a time when seismic-based earth modelling has become a key activity for integrated asset teams in the E&P industry. It should therefore be of interest to a broad audience, including technical specialists and managers, who are actively involved or supervise seismic-tosimulator activities.

Philippe Doyen received a PhD in Geophysics from Stanford University in 1987. He then worked in reservoir geophysics R&D for Western Geophysical in Houston and London until the end of 2001. In 2002, after the merger between Western and Geco-Prakla, he was transferred to Schlumberger and appointed Research Director for Schlumberger Information Solutions. He joined CGG in October 2003 where he is currently Product Manager for Seismic Reservoir Characterization and is based in London. He has also been recently appointed part-time Adjunct Professor at the University of Bergen in Norway. Dr. Doyen has over twenty years R&D experience in reservoir geophysics, geostatistics, earth modelling and rock physics. He has developed a number of geostatistical techniques for seismic-guided rock property prediction, stochastic reservoir modelling and subsurface uncertainty quantification. He has managed the development of several software products for geostatistical earth modelling from seismic data, seismic inversion and data visualization. He has a broad experience in geo-technical consulting and seismic reservoir characterization projects management. He served as EAGE Distinguished Lecturer in 1998.