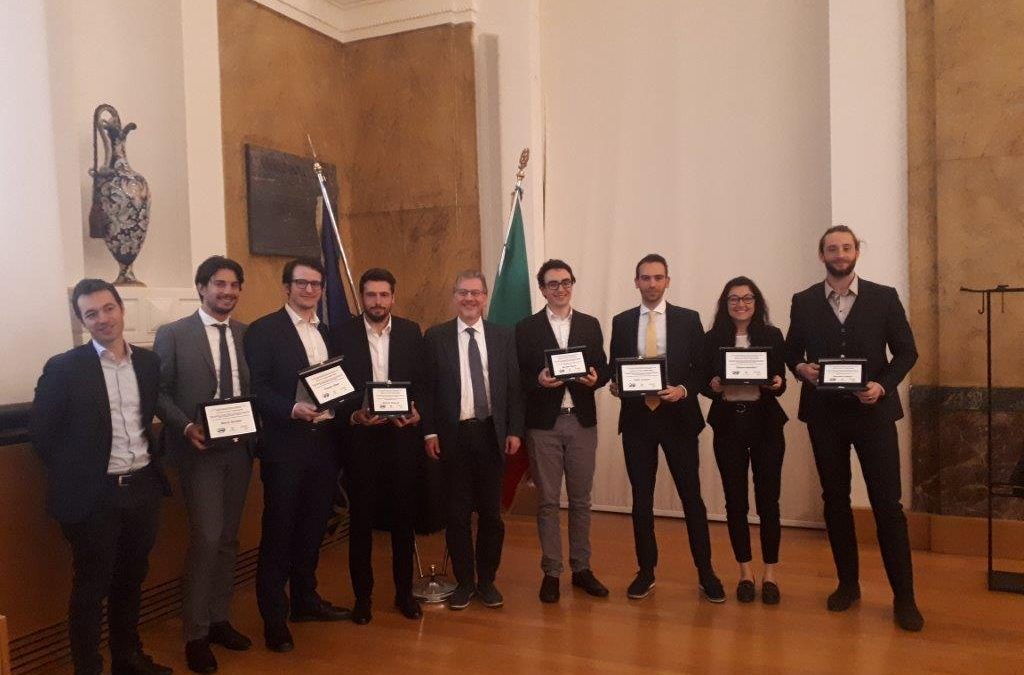 On March 21st a dedicated ceremony in Milan (Italy) celebrated the winners of the 2018 Gustavo Sclocchi Awards. The Award Ceremony was hosted in “Sala Consiglio” of Milan Polytechnic.

This award is for the best theses in Geosciences and Petroleum Engineering presented by university graduates from Italian universities, as well as by Italian nationals graduated anywhere in the world. The Award dedicated to the best theses regarding the energy industry, for the first time this year included renewable energy, alternative feedstocks for green refinery and energy economy and management. The prize wants to encourage and reward young professionals at the beginning of their career in the industry.

This contest is a joint initiative of SPE Italian Section, EAGE and Assomineraria, the Italian Petroleum and Mining Industry Association. The awards started in 1993 and since 2001 they have been associated with the name of Gustavo Sclocchi, the Eni manager, who was the main promoter of the event. Over the last 25 years 683 theses have been submitted out of which 136 have won awards. This year in particular the interest was quite high and 36 theses competed for the prizes.

This year the winners are:

The special mentions were awarded to: