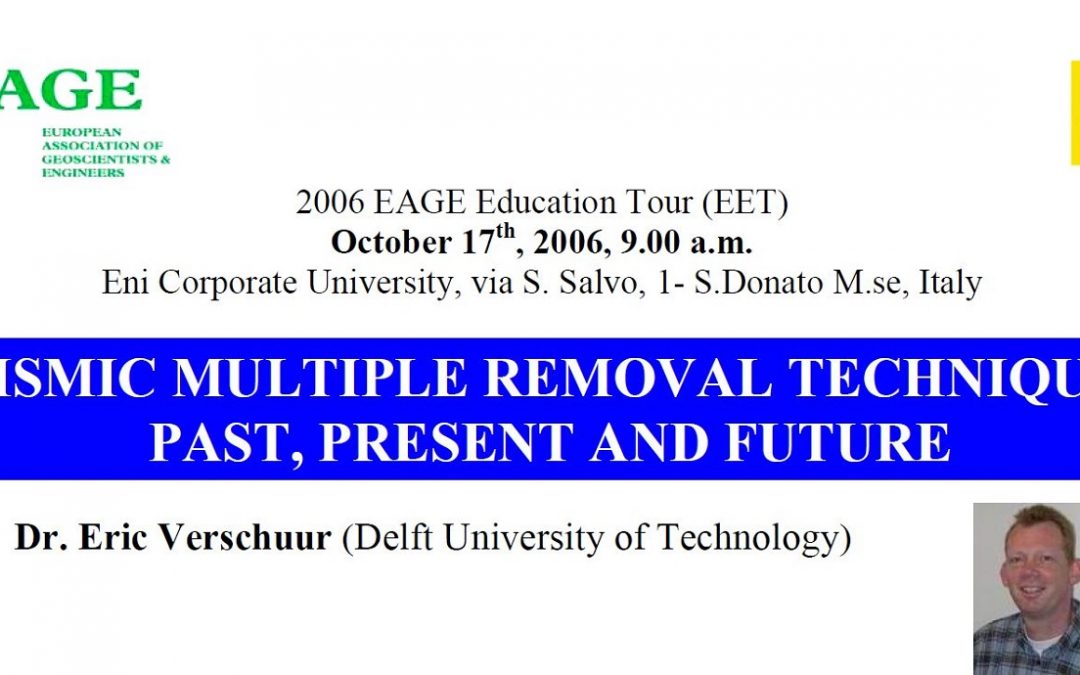 The main objective of this course is to give the audience an overview of the techniques in seismic multiple removal, starting with the deconvolution-based methods from the 1960’s, via the move-out discrimination techniques of the 1980’s and ending up with wave-equation based methods from the 1990’s and their 3D extensions as developed in the 2000’s. Furthermore, the current challenges in multiple removal and their relation with seismic imaging and inversion are treated. A secondary objective is to discuss more general processing concepts such as high-resolution seismic data transforms (Fourier, Radon), adaptive filtering techniques, wave-equation based forward and inverse wave propagation and the processing of seismic data in different transform domains. The lectures will be accompanied by a booklet with handouts of all slides, accompanied by some extra comments. At the end of each lecture, a list of relevant articles in the open literature will be specified. The course is subdivided in 10 lectures, each of them being approximately 30-45 minutes. Within each lecture, examples of the described concepts on synthetic and field data will play an important role.

The target audience is composed of people involved in seismic processing, imaging and inversion. The mathematical content is kept to a minimum level with a strong link with the involved physical concepts, amplified by graphical illustrations. The audience is expected to have prior knowledge at B.Sc./M.Sc. level on processing concepts as convolution, correlation and Fourier transforms and some basic knowledge on wave theory.

Kurt Dirk J. (Eric) Verschuur received his M.Sc. degree in 1986 and his Ph. D degree (honors) in 1991 from the Delft University of Technology (DUT), both in applied physics. From 1992 – 1997 he worked under a senior research fellowship from the Royal Dutch Academy of Art and Sciences (KNAW). In 1997 he became assistant  professor and since 1999 he is an associate professor at the DUT at the laboratory of Acoustical Imaging and Sound Control. He is the project leader of the DELPHI research consortium in the area of Multiple Removal and Structural Imaging. His main interests are seismic modeling, processing and migration techniques. In 1997 he received SEG’s J. Clarence Karcher award. He is a member of SEG and EAGE.