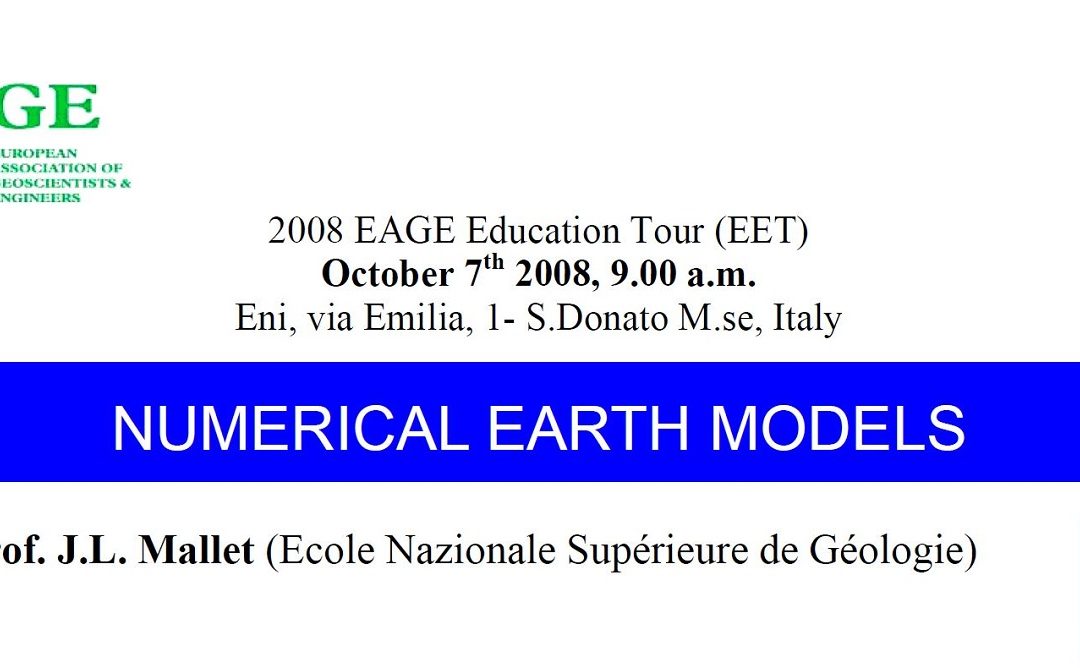 Three-dimensional numerical earth models play an increasingly important role in the E&P industry to improve reservoir management and optimise hydrocarbon recovery. Regarding an oil-&-gas reservoir, there are only two fundamental questions that constitute the basis of exploration and production of hydrocarbons: 1) How much can we expect to earn and 2) How much could we lose?

Answering these two questions correctly is crucial to making the right decision, which arises immediately after having spent tens of millions of dollars to acquire data on a lease and rights before again spending hundreds of millions of dollars to develop the oil field. Such a decision has to be taken on the basis of a numerical model of the subsurface, integrating all the data and knowledge that have been collected and interpreted by a series of geoscientists, from the geophysical interpretation to the flow simulator. This course presents several types of approaches that can be used to build such models, while pointing out their pros and cons. The course addresses the following questions:

The course is aimed at geophysicists, structural geologists, geostatisticians and reservoir engineers who are involved in the construction of Earth models and wish to:

The course can be understood by geoscientists with a moderate mathematical background. The only prerequisites are second-degree equations, trigonometric functions and matrix products.

Professor Jean-Laurent Mallet graduated from the Ecole-Nationale-Supérieure-de-Géologie (Nancy/France) in 1968. He next diversified his interests into applied mathematics, finishing his research education with a PhD in applied mathematics and computer sciences at the Institut-National-Polytechnique-de-Lorraine (INPL). In his early years, he worked with the CNRS in the field of numerical data analysis and automated mapping. In 1981, he was nominated Professor at the Ecole-Nationale-Supérieure-de-Géologie (ENSG), from which he directed teaching of and research into applications of computer sciences related to geology.

Professor Mallet’s research is at the frontier of mathematics, geosciences and the computer sciences. He has contributed in many ways to the progress of sciences and technology in the field of Oil and Gas. He headed the Gocad Research Consortium from 1989 to 2006. He was awarded several international prizes, such as the «Italgaz Prize» (1997–Italy), the “Antony-Lucas Gold Medal” (2000–SPE), the “Grand Prix Dolomieu” (2003–French Academy of Sciences) and the “Prix Roubault” (2005–Union of French Geologists). Professor Mallet retired from the university in 2006 and he is now “Emeritus Professor” at the Ecole-Nationale-Supérieure-de-Géologie and “Research Fellow” at Paradigm-Geophysical.