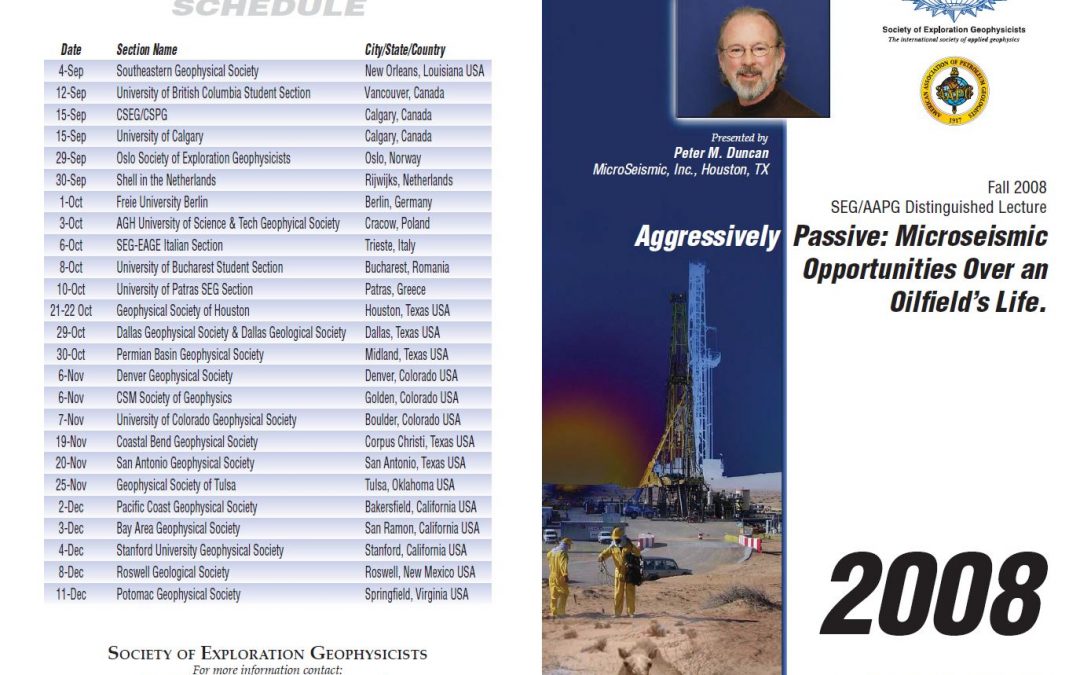 Passive seismic, especially microseismic monitoring, is to conventional seismic as a stethoscope is to a  sonograph. It is continuous 4D. It is accomplished by listening carefully to the sounds emanating from the earth and then diagnosing what is happening down there. Passive seismic techniques not only can create an image of the reservoir and its plumbing, but also shed light on how the fl uid is fl owing through the pipes.

Grasping the completeness of the passive science, one can see that it provides the opportunity to contribute over the lifetime of an oilfi eld from discovery to abandonment. Passive seismic can accomplish reconnaissance 3D exploration at an attractive cost and lead to new discoveries. Microseismic monitoring of a hydrofrac can and does provide valuable information on completion and development strategy. Gas or fl uid injection operations for primary or secondary recovery are prime candidates for passive monitoring to prove regulatory compliance, validate reservoir conformance, and estimate recovery effi ciency.

This lecture will present a view on the history and development of passive seismic techniques, a discussion of state of the art through case histories, and a vision on where this technology will play a role in the smart oil fi eld of the future.

Peter M. Duncan is founding President of MicroSeismic, Inc., a Houston based geophysical service company. He holds a Ph.D. in geophysics from the University of Toronto. He began his career as an

exploration geophysicist with Shell Canada before joining Digicon Geophysical, fi rst in Calgary then in Houston. In 1987, he helped Digicon found ExploiTech Inc., an exploration and production consultancy. He was named President of ExploiTech when it became a subsidiary of Landmark Graphics in 1989. In 1992, he was one of three founders of 3DX Technologies Inc., an independent oil and gas exploration company where he served as Vice-President and Chief Geophysicist.

Duncan was 2003-2004 President of the Society of Exploration Geophysicists (SEG).