I’m Luigi Bianco, student at the University of Naples and member of the EAGE-SEG Italian Section. I’m very proud to announce to our community that my team finished at the 2nd place at the European Region Imperial Barrel Award. The Imperial Barrel Award Program (IBA) is an annual prospective basin evaluation competition for geosciences graduate students from universities around the world. 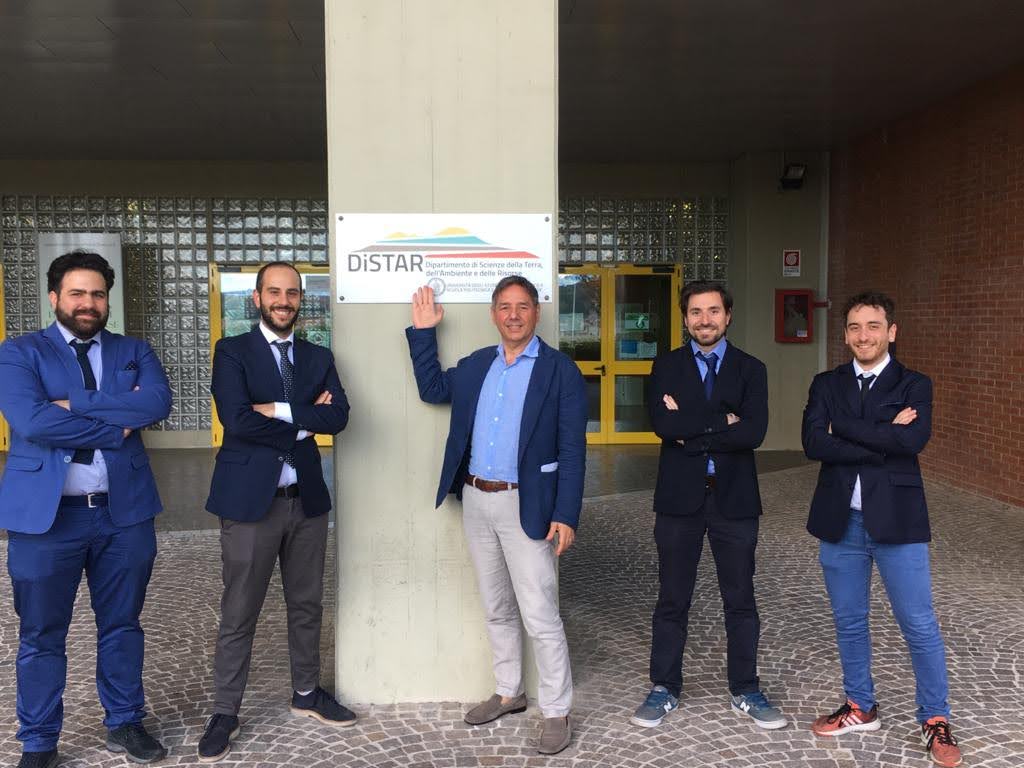 The IBA was founded in 1976 by the Imperial College in the UK, and continued until 2007, when the American Association of Petroleum Geologists (AAPG) adopted the program. The AAPG program took the Imperial College concept and expanded it to incorporate new technologies, new datasets, and to include students from every section and region of AAPG. Almost every country in the world has been represented in the IBA. In this global competition, university teams analyze a dataset (geology, geophysics) during the eight weeks preceding the date of their local competition. Each team delivers the results of the analysis in a 25-minute presentation to a panel of industry experts and is then tested with a very challenging session of questions and answers. Students have the chance to use state-of-the-art software on a real dataset, to receive feedback from a panel of judges with a long experience in oil and gas exploration, to network with potential employers in the audience, and to win cash awards for their school. 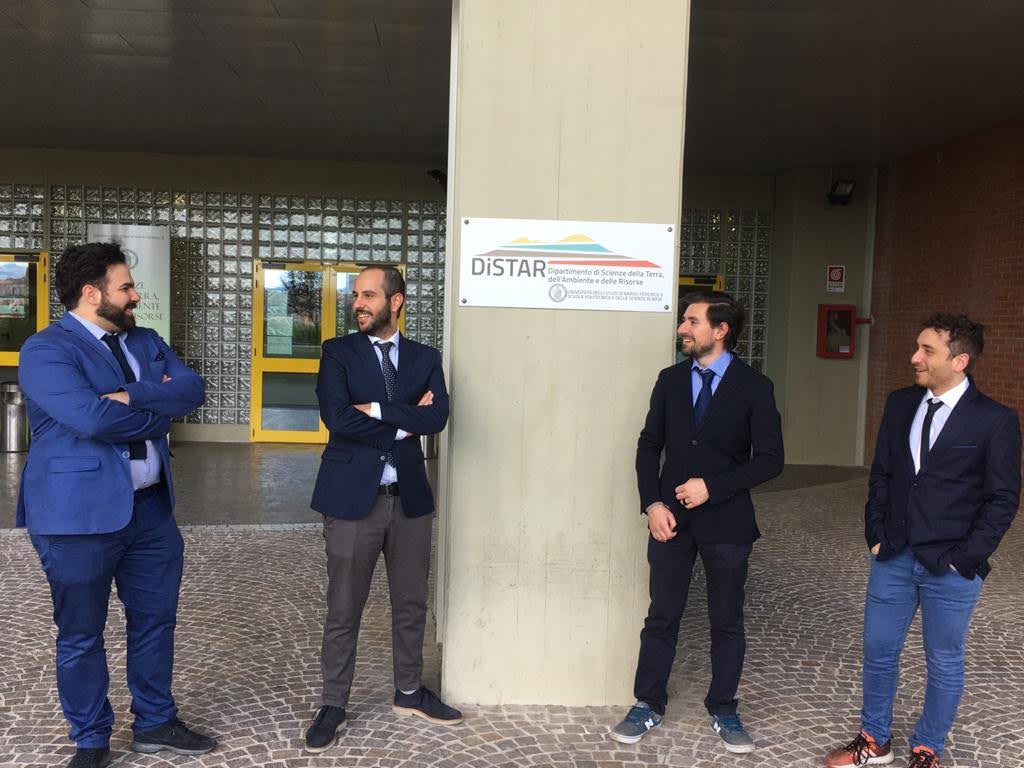 Luigi Bianco, Daniele Blancone, Giovanni Freda and Salvatore Ruocco.
The judges select the winning team based on the technical quality, clarity and originality of presentation. This year the team of the DiSTAR, the Department of Earth Sciences, Environment and Resources at the University of Naples Federico II, participated for the third time to the competition. The team was made by 4 students: Luigi Bianco, team leader with a background in geophysics, Daniele Blancone, Giovanni Freda and Salvatore Ruocco, with a background in geology and basin analysis. The team was supervised by an academic advisor, Prof. Mariano Parente, and an industrial advisor, Dr. Peter Shiner. After several weeks of dedicated training, the team received his dataset on February 3rd. The dataset consisted in 2D seismic lines and well logs from a block in the Taranaki Basin, offshore New Zealand. The first step of the work was a detailed basin analysis, aiming at understanding the petroleum systems of the basin. Then, the team worked on seismic interpretation, well logs analysis and formation evaluation in order to characterize all the elements of the petroleum systems and to define the exploration plays. The last step was building a prospect portfolio for each play and performing volumetrics and risking on each prospect. The team completed his presentation with a set of detailed recommendations for the exploration program. This year all the teams had to face a very hard times, as the COVID-19 emergency forced us to work for more than half of the competition through ‘smart working’. Despite this additional difficulty, our team completed the work successfully, demonstrating an incredible motivation and spirit of cooperation. These characteristics made it possible to stay focused on the target we had. We are really proud of our final result, also considering that some teams had a preparation for this type of work several steps above ours. Since the first day of the competition, the judges appeared to be enthusiast of the project we proposed. In the end, we received congratulations from judges from Eni (Dr. Filippo Quagliaroli) and other energy industries. The access to the second and final day of the competition was already a centered goal, but when we have seen our name for the silver medal it was an unbelievable satisfaction. The second prize obtained by our team in the Europe Region’s semifinal is a really impressive result, considering that we scored better than teams from top-rank Universities, with prestigious post-graduate Geology and Geophysics programs, like UniLaSalle (finishing 3rd and 2019 ER champions), Manchester, Royal Holloway and Stavanger. Our team was defeated only by the IFP (Institut Français du Pétrole) School, which a couple of weeks later won the first prize in the world final. This experience represented for us a very high-level and challenging formative experience. We feel that what we learnt from this difficult competition in the hard times of the COVID-19 pandemics has given us tools to compete successfully in the world of exploration for energy resources. 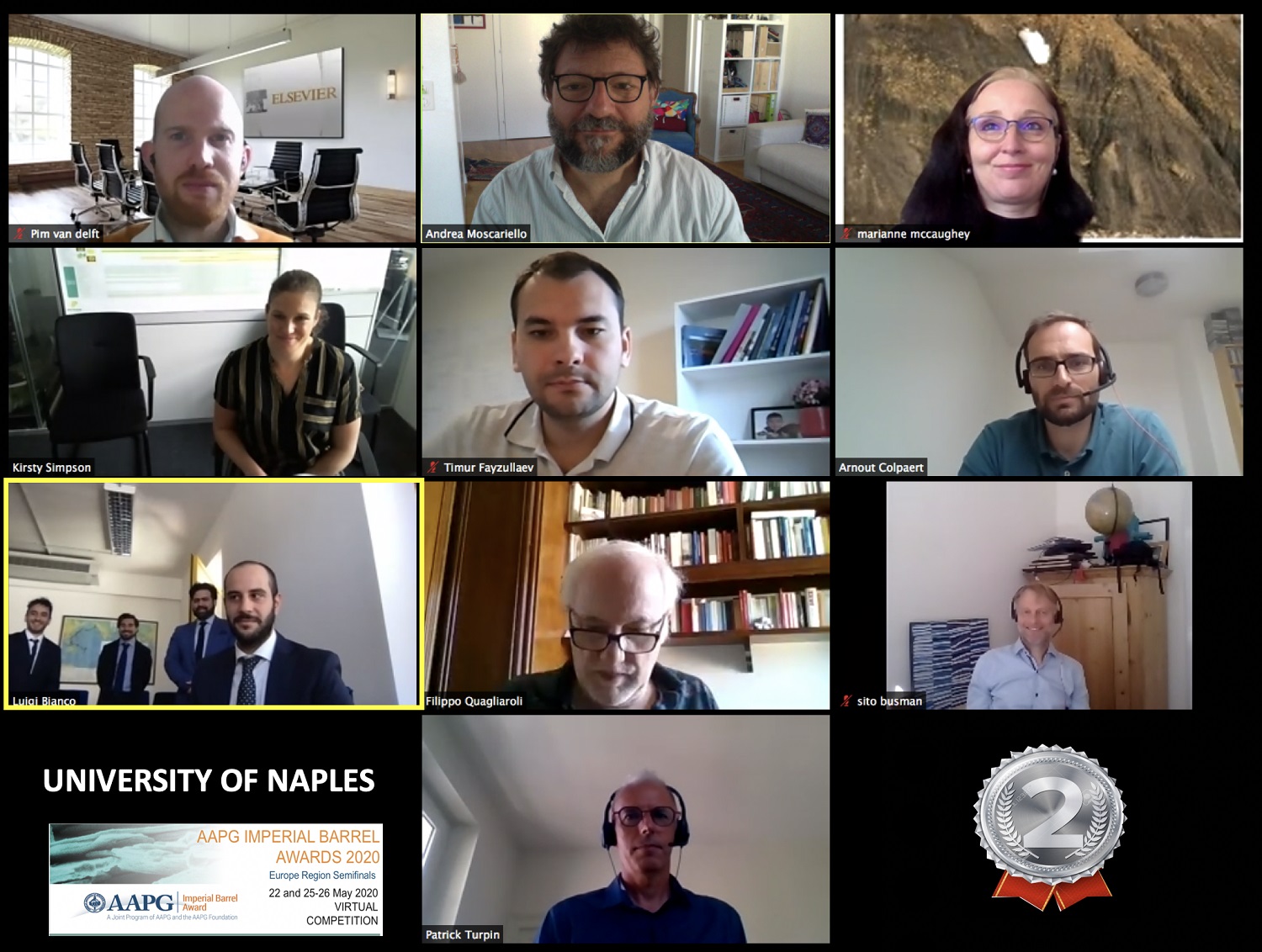